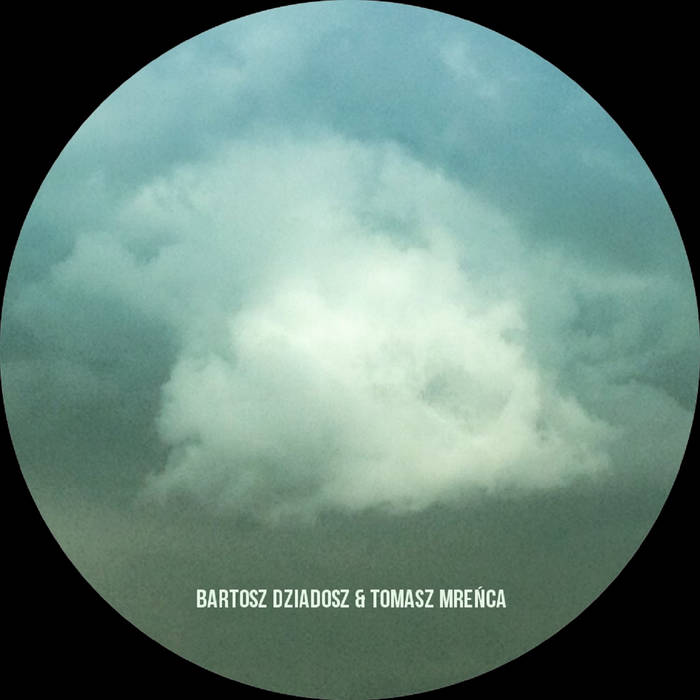 bartosz dziadosz should need no introduction as "mirage" is his thrid collaboration disc on taâlem even if was before under the pleq alias (see taalem.bandcamp.com/album/gravitation-alm-104 and taalem.bandcamp.com/album/witch-hunt-alm-86 ).
the polish master teams up this time with his compatriot tomasz mreńca, a violin player who's already collaborated with bartosz on a few pleq tracks and in the frozen vaults (together wth bartosz, harry towell and a few others) for an 18min piece where you'll be overwhelmed by violin and the subtle effects...


A CLOSER LISTEN
Belgium’s taâlem label continues to breathe new life into one of our favorite formats, the CD3″. Each season they release a new trio, representing a wide swath of sounds. The latest batch delves into tribalism, abrasion and haunted ballroom; listening to the releases in order is like walking through exhibits in a terrifying circus. [...]
Our old friends Bartosz Dziadosz (Pleq) and Tomasz Mreńca (who also teamed with Dziadosz in The Frozen Vaults) arrive too late to save the sacrifices, but early enough to offer an elegy. Mreńca’s violin is the secret weapon, the foil to the sullen electronics. At times, a layer of strings hides in the back, playing through silk and gauze, while sibling strings occupy the front. The tone is split between warning and sorrow, as if saying goodbye to someone who got what he deserved. But there’s also a dark nobility to the extended piece, which crouches until the eleventh minute before rising to its full height. The title says it all: Mirage. This is not salvation. The closer one gets, the more one realizes that one has lost. Before the end, there was only this final, cherished illusion.
These releases take different paths, but arrive at the same bleak destination. This is autumn, after all, and darkness is drawing near. Play these releases while reading your favorite dark horror tales; the ghosts will enjoy reading over your shoulder and listening with invisible ears. (Richard Allen)
acloserlisten.com/2017/09/30/a-taalem-trio-2/

VITAL WEEKLY 1098
Two times before Bartosz Dziadosz released works on Taalem, but twice it was under the moniker of Pleq (see Vital Weekly 839 and 962) and both of these were in collaboration with others, Hiroki Sasajima and Philippe Lamy. Now Dziadosz has his third release and its again a collaboration, with Tomasz Mreńca, a violin player of whom I had not heard before, but who played on released by Pleq before. The violin is the primary instrument here and I’d like to believe that Mreńca plays it all the way through in this piece and Dziadosz adds his electronics and effects to the proceedings. Moving and bending notes, and opening up a ton of extra filters, the two of them create a very dense pattern of sounds. Bending, stretching and putting small gesture upon gentle stroke, the violin and the electronics become a closely woven web of sounds. Almost like an orchestra going all wrong and it sounds quite nice, this combination of acoustic instrument and electronics. It makes up for a different drone altogether. [...] (FdW)
www.vitalweekly.net/1098.html

AMBIENTBLOG
You will probably know Bartosz Dziadosz (aka Pleq) from his generous output of electronic/experimental/ambient music, and/or as one of the curators of the Dronarivm label.
This collaboration with violinist Tomasz Mrenca (the two have worked together before on various tracks and as the Frozen Vaults) ventures into somewhat different territories: merging the sound of the violin with subtle electronics.
The 18 minute composition starts out relatively quiet, with Mrenca laying a solo violin foundation that gradually evolves into an ocean of sounds.
It slowly builds up to an almost terrifying climax, só tense that it’ll make your blood pressure rise and subconsciously prepare for escape. An intense piece, of which the impact would lessen if it was presented with other music on an album – so it’s a good decision to present it as a 3″ CDr EP release.
Mirage is released by the Belgian Taâlem label, and is available as a 3″ CD-R as well as a digital download.
www.ambientblog.net/blog/2017-10-23/38/